Sales of the automobiles in US are increasing day by day. Apart from the local auto makers which are marketing in US, even other companies also are increasing their sales. They are launching their new models. 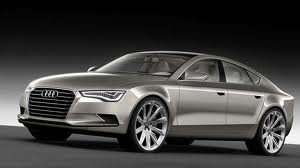 Audi the famous German Auto Manufacturer, which is the subsidiary of Volkswagen is planning to launch a new model A3 TDI Sedan in United States. The company wants to boost its sales by selling, Audi A3 sedan and to get their product marketed.

Thus, the Sedan lovers of America will have great satisfaction using the Audi A3 Sedan.