IoT (internet of things) is about connecting any devices to the internet based on wireless communication and smart sensors technology. It is capable of transferring data by using internet without involvement of humans and computers. 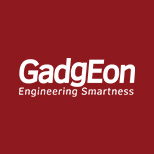 The “things” in IoT could be anything with sensors on it like any vehicle (car), machine in production line, engines, wearable devices etc.

Connecting to Network
With the increase in technology there is rapid decrease in size of embedded system and more advancement in microprocessors. This makes it easy to connect to internet through any device with low power consumption. In order to send data to hub, interfacing of sensors to Internet is required by using WiFi or Ethernet (IP required) or other option could be Bluetooth and Zigbee (no IP required).

Storage
IoT is giant network and the data collected by interaction between human-machine, machine-machine, and human-human has to be stored in order to process and provide feedback to IoT system. Many microprocessor devices have built-in memory but some high-end systems require external memory for data storage, expansion and security purpose.

IoT is transforming “home” into “Smart home” and soon it will be popular and adapted by common people just like smartphones. Smart home will make life easier, simpler and convenient. It can be controlled by your voice (Amazon echo), gesture and by smartphone .You can switch on/off lights, control electronic appliances like air conditioner, television even when you are not physically present at home.

Wearables
Just like ordinary phone is replaced by the smartphone, watches will soon be replaced by smart watches. Wearables are armed with many sensors and software which will not only tell time but control smartphone for enabling text messaging and phone calls. Apart from Fitbit, some wearables like Jawbone traces and monitors heartbeat, blood pressure, body temperature, and shows number of calories burnt during workout.

Connected Cars
Connected cars is an automated system, equipped with lots of sensors that provide information like fuel alert, tire pressure anti-collision, anti-theft and enhance more safety on road. Big automobiles companies like Tesla and BMW are bringing major changes by integrating internet into the features to provide better driving experience to the customers.